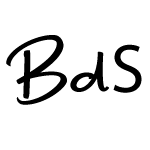 “Chief among them is Bruno de Simone (Dr. Bartolo), making an auspicious S.F. Opera debut. The Neapolitan baritone is a Rossini specialist. You can’t take your eyes off him. Like certain Italian film stars, Simone cloaks his humor in realism; every piece of shtick rings true. He’s also a terrific singer…Practiced but not jaded, he created a fussy, unhappy character like something out of a De Sica comedy. He wanted to marry Rosina but didn’t have a clue how to behave – and he knew it, making Bartolo a tragic figure. He was hopeless from the beginning, underplaying the usual bluster. Ha also sang very well, holding up his end of the ensembles”.
Stephanie von Buchau, Medianews